Unique Masterclass given by Masters of Taiwan.

Dr. Lin was born in Taiwan, Republic of China in 1949. At age nine he began his learning in meditation. It is the art of breathing and internal energy control. He was taught the esoteric skills of the Taoist Qigong.In 1979, as a yang man, Mr. Lin began the study of Yang style Taijiquan, then he continued his martial arts, including Baguazhang (eight- Diagram palm), Xinyiquan (Form-Will Boxing) , Chen Style Taijiquan etc.

In 2007, Wu Rong-Huei graduated from the Institute of Athletics and Coaching Science at the National Taiwan Sports University. He has actively promoted and taught Tai Chi Chuan locally, internationally and academically since 2000.

Tai Chi Chuan is a gem in Chinese martial arts. It encompasses the philosophy of Laozi and the I Ching. In the Tai Chi Chuan form and in the pushing-hands practice, one drills the body to become supple, to understand the soft and pliant connotations in Tai Chi. Laozi's and Zhuangzi's philosophies are often counterintuitive, examples of which abound in TCC training: “suppleness defeating rigidity”, “stillness overcoming motion”, “last to depart but first to arrive”, “less triumphs over more”, “slow beats fast”, “lose to gain”, and “to give yourself up is to gain in the end”. By unconditionally yielding to aggression, by pre-planning nothing in response to everything, and by wuwei — literally, doing nothing — you can do anything you like.

Daoism and was created by Loa Zi(老子) in the 6th century B.C. The school of Daoism emphasized maintaining Health and preventing disease. In order to reach the goal of the calm and peaceful mind through meditation.

Medical Qi Gone -for HealingMany doctors in ancient China were Taoists themselves, like the Europeans in the Middle Ages. The missionaries themselves were doctors. Hua Tuo (華佗)is a famous ancient Chinese doctor who advocates practicing QI and seeking health. A typical, well-known set of such exercises is 「Five Animal Sports」(五禽戲)

There is a famous story about Da Mo(達摩).Da MO was an Indian Buddhist who went to the Shaolin Temple(少林寺) Religious Qigong practitioners train to strengthen their internal Qi to nourish their spirit. 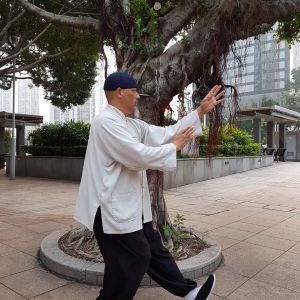 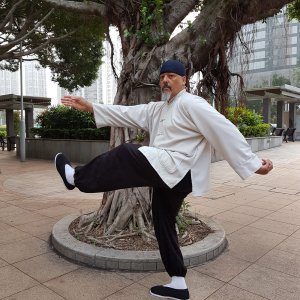 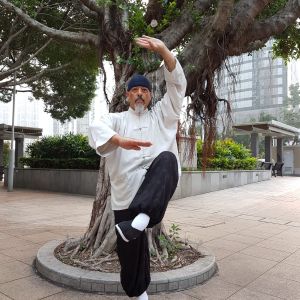